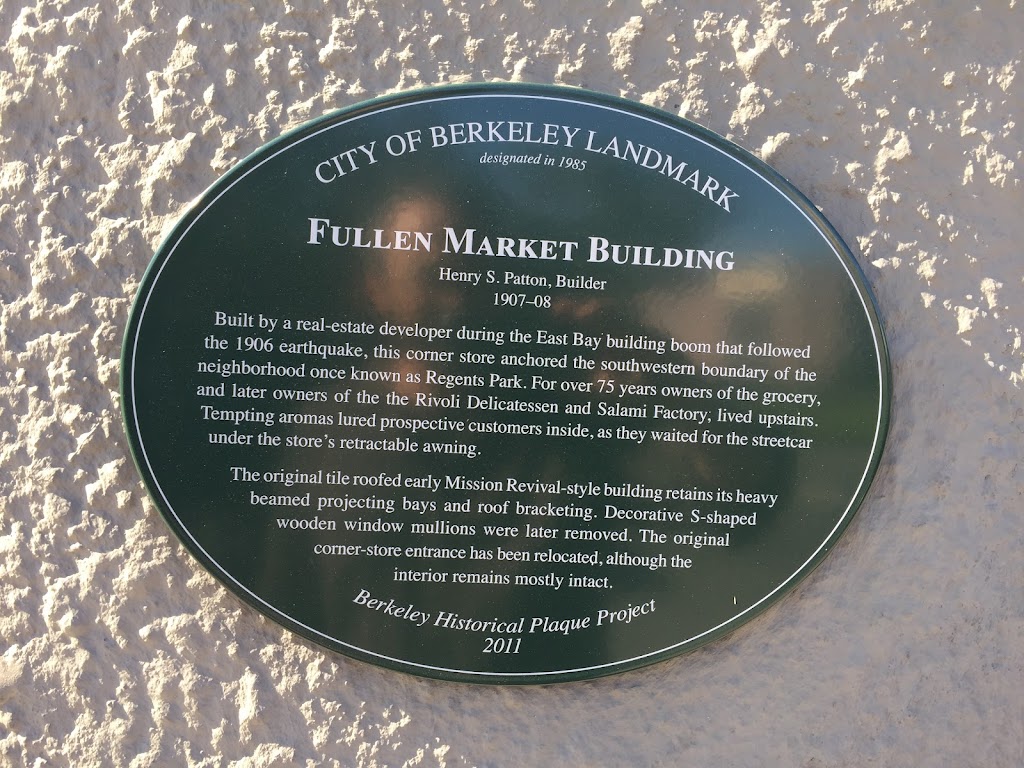 CITY OF BERKELEY LANDMARK
designated in 1985

Built by a real-estate developer during the East Bay building boom that followed
the 1906 earthquake, this corner store anchored the southwestern boundary of the
neighborhood once known as Regents Park. For over 75 years owners of the grocery,
and later the owners of Rivoli Delicatessen and Salami Factory, lived upstairs.
Tempting aromas lured prospective customers inside, as they waited for the streetcar
under the store’s retractable awning.