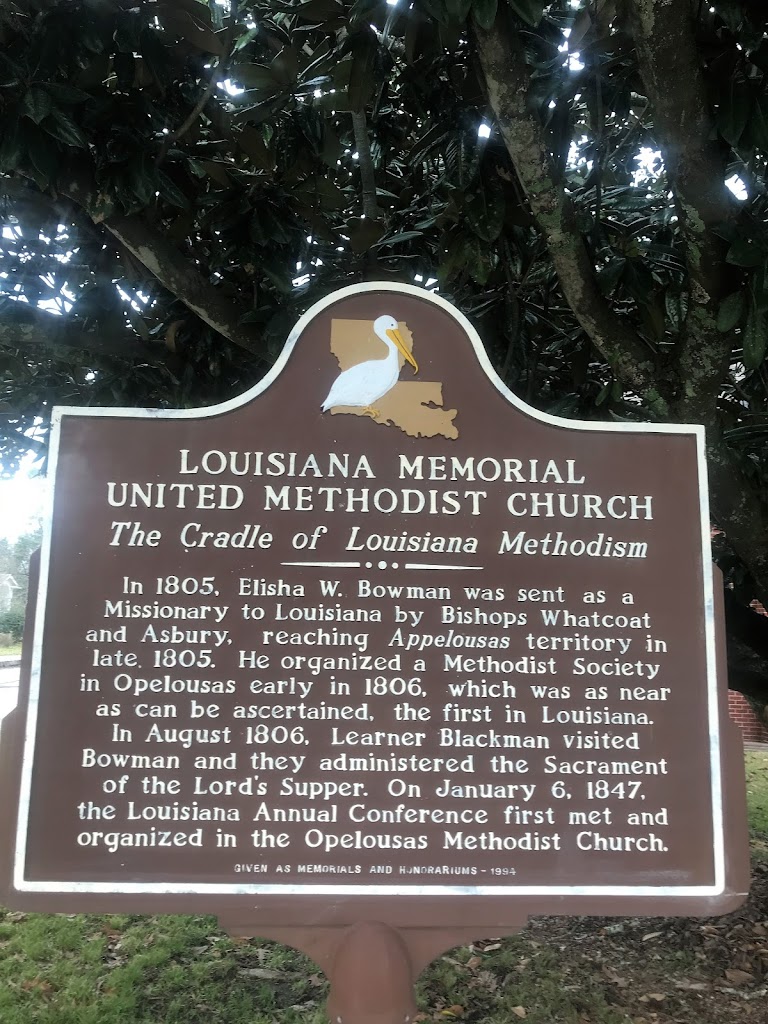 In 1805, Elisha W. Bowman was sent as a Missionary to Louisiana by Bishops Whatcoat and Asbury, reaching Appelousas territory in late 1805. He organized a Methodist Society in Opelousas early in 1806, which was as near as can be ascertained, the first in Louisiana. In August 1806, Learner Blackman visited Bowman and they administered the Sacrament of the Lord's Supper. On January 6, 1847, the Louisiana Annual Conference met and organized in the Opelousas Methodist Church.