A gigantic map of all the cool plaques in the world. A project of 99% Invisible. 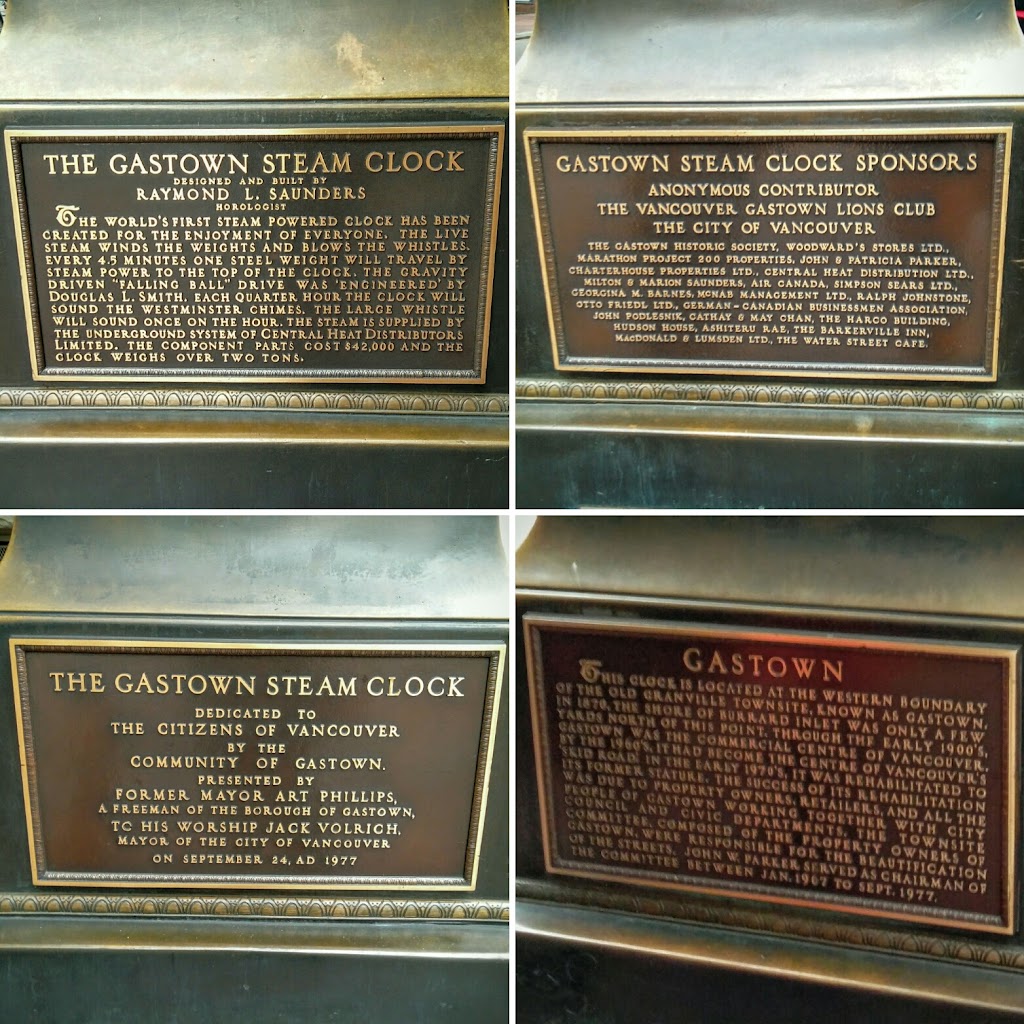 There are plaques on each side of the base of the clock.

Designed and built by

The world’s first steam powered clock has been created for the enjoyment of everyone. The live steam winds the weights and blows the whistles. Every 4.5 minutes one steel weight will travel by steam power to the top of the clock. The gravity driven “falling ball” drive was ‘engineered’ by Douglas L. Smith. Each quarter hour the clock will sound the Westminster Chimes. The large whistle will sound once on the hour. The steam is supplied by the underground system of Central Heat Distributors [typo – should be Distribution] Limited. The component parts cost $42,000 and the clock weighs over two tons.

The City of Vancouver

South side (facing into the street):

Dedicated to the citizens of Vancouver by the community of Gastown. Presented by former Mayor Art Phillips, a freeman of the borough of Gastown, to his worship Jack Volrich, Mayor of the City of Vancouver on September 24, AD 1977

This clock is located at the western boundary of the old Granville townsite, known as Gastown. In 1870, the shore of Burrard Inlet was only a few yards north of this point. Through the early 1900’s, Gastown was the commercial centre of Vancouver. By the 1960’s, it had become the centre of Vancouver’s ‘skid road’. In the early 1970’s, it was rehabilitated to its former stature. The success of its rehabilitation was due to property owners, retailers, and all the people of Gastown working together with city council and civic departments. The townsite committee, composed of the property owners of Gastown, were responsible for the beautification of the streets. John W. Parker served as chairman of the committee between Jan. 1967 and Sept. 1977.

Although the clock may seem antique, it was built in 1977.

Photo of the clock: http://imgur.com/JqYYDA0