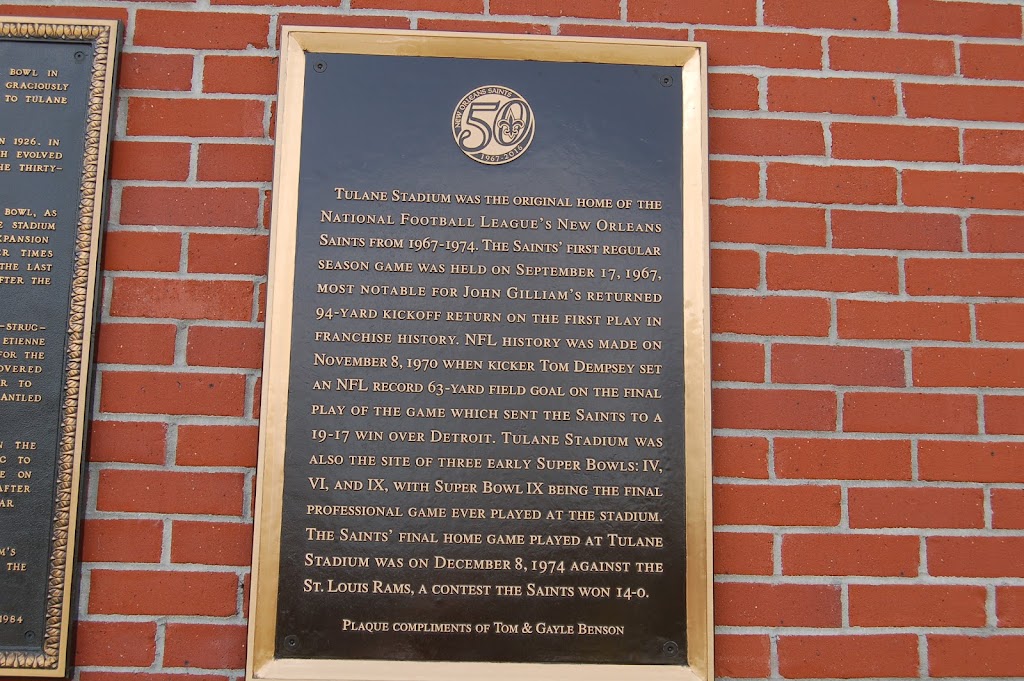 Tulane Stadium was the original home of the National Football League's New Orleans Saints from 1967-1974. The Saints' first regular season game was held on September 17, 1967. Most notable for John Gilliam's returned 94-yard kickoff return on the first play in franchise history. NFL history was made on November 8, 1970 when kicker Tom Dempsey set an NFL record 63-yard field goal on the final play of the game which sent the Saints to a 19-17 win over Detroit. Tulane Stadium was also the site of three early Super Bowls: IV, VI and IX, with Super Bowl IX being the final professional game ever played at the stadium. The Saints final home game played at Tulane Stadium was on December 8, 1974 against the St. Louis Rams, a contest the Saints won 14-0.